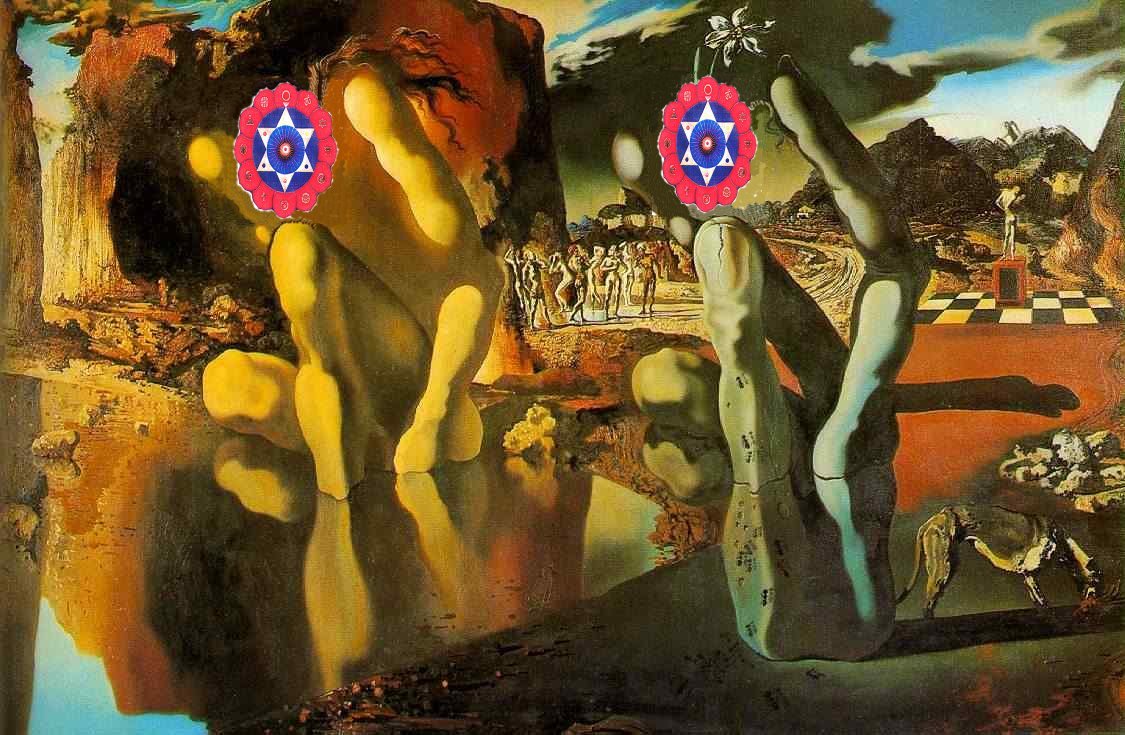 IF THE BODY IS COVERED WITH DIRT,

WATER CAN WASH IT AWAY.

IF THE CLOTHES ARE SOILED AND POLLUTED,

SOAP AND WATER CAN WASH THEM CLEAN.

EVEN IF MIND IS FILLED WITH EVIL,

LOVE FOR HIS NAME CAN DYE YOU IN HIS HUE.

SAINT OR SINNER ARE NO EMPTY WORDS;

ALL OUR ACTIONS HAVE BEEN RECORDED.

MAN SOWS AND HE HIMSELF REAPS THE HARVEST.

NANAK SAYS, BY DIVINE ORDER ARE SOME SAVED AND OTHERS REBORN.

YOU MAY GAIN RESPECT FROM OTHERS;

BUT HE WHO LISTENS TO GOD AND MEDITATES ON HIS NAME,

HIS HEART IS FILLED WITH LOVE AND HE IS DEEPLY CLEANSED.

ALL VIRTUES ARE YOURS, O LORD. NOTHING IS IN ME.

YOURS IS THE ONLY TRUE WORD. YOU ARE THE SOUND.

YOU ARE BRAHMA. YOUR POWER IS MAGNIFICENT AND SELF-DIRECTING.

WHAT WAS THAT TIME, WHAT DATE, WHAT SEASON,

WHAT MONTH WHEN YOU ASSUMED FORM AND CREATION BEGAN?

THE PUNDITS KNEW IT NOT,

OR THEY WOULD HAVE WRITTEN IT IN THE HOLY BOOKS;

NEITHER DID THE KAZIS KNOW,

OR THEY WOULD HAVE PUT IT IN THE KORAN;

NOR DID THE YOGIS KNOW THE DAY, THE TIME,

THE SEASON AND MONTH WHEN IT HAPPENED.

THE CREATOR WHO CREATES ALL CREATION,

HOW SHOULD ONE PRAISE HIM AND EXPRESS HIS GREATNESS?

HOW CAN ONE KNOW HIM?

HE IS SUPREME. HIS NAME IS GREAT.

EVERYTHING HAPPENS AS HE ORDAINS.

WHOEVER CREDITS HIMSELF AS WORTHY,

GAINS NO HONOR BEFORE HIM.

Religion is an internal bath. When we travel from place to place our clothes become dirty and collect dust. This is easily removed by washing. But as we travel through time, dust gathers on the mind, which is not as easy to remove as the dust in the clothes. Because the body is external the water required to cleanse it is available outside; since the mind and its dust are within we have to acquire some cleaner within.

Every moment the dust keeps gathering within, even if you do nothing but sit. A man may indulge in no activity, yet his body requires a bath each day. The mind is never inactive, but always doing something or other; a tranquil mind is rare. So dust is gathering on your mind every moment, which, no matter how many times you bathe during the day, cannot be cleansed by the outside water.

This sutra relates to water within. It is priceless. If you understand it well enough to recognize the lake within, you will have acquired a key to transform you life. Whatever keys you hold now, none is effective. Had even one worked, there would be no further need to understand Nanak. Though you have many keys, your ego will not allow you to admit that they are useless.

Mulla Nasruddin was a servant in a rich man's house. One day he told his master, "I wish to retire. I can serve you no longer. After all there's a limit to one's endurance. You have no faith in me, and I cannot bear it any longer."

"How can you say, Nasruddin," the master asked, "that I do not trust you? Aren't the keys of my safe always lying on the table?"

"Yes," said the Mulla, "But none of the keys fits the safe."

You also have many keys; so much information have you gathered. When your information works, then knowledge is attained; otherwise you are merely burdened with it.

Carrying the burden of so many keys, it is necessary to ask yourself whether any of them works. Does the gate of life open with it? Do lights come in? Do I experience bliss? Have I heard the enchanting notes of divine music? Or, for that matter, do I express joy and gratitude to the Lord who has given birth to me? Do I cry out: "Your compassion is great. You have given me life!"

Our complaints are many, our thankfulness nil. And how can you be thankful when no key fits? Throw away these keys and listen to Nanak who speaks of the key that works, and it is not Nanak alone who has spoken of this key but also Mahavir, Buddha and Jesus. Isn't it strange that you carry a load of useless keys and leave out the one key that works? It is also not correct to say the key that works because it is a master key that can open all the doors of life. Since time immemorial man talks about useless keys and never bothers about the one that really matters.

The reason behind this is very clear: the keys that you are willing to use do not require you to undergo any transformation. You remain as you are. There is no danger of your changing or losing yourself. Besides, the pleasure of jingling keys and making loud noises is very enjoyable, so you are satisfied to have the keys and yet save yourself from the difficult process of transformation.

You do not listen to Nanak or Buddha or Mahavir, because the key they offer is dangerous -- it works! And once it is set in place the lock will open and you will no longer be the same. You have invested heavily in yourself as you are, so a lot is at stake; if you change, all your work till now will have been in vain. The mansions you raised will fall like a house of cards; all the boats you set sailing will capsize. Whatever you have treasured within your mind, the dreams you dreamed, will all prove false.

Your ego refuses to accept this. Your ego says it may be that I am not a super-wise man, but I am wise. Maybe I have committed some errors, but it can't be that everything I have done is wrong! And it is but human to err sometimes -- who doesn't? You put forth all these old sayings and console yourself. To err is human, you say.

Try and understand this: whenever you make a mistake you say something bad has happened. You protect the doer and blame the action. You get angry and say what a terrible thing to happen that I got angry, as if the anger happened to you -- that the conditions were such that it was necessary -- you don't acknowledge that you are an angry person. If you hadn't been angry someone would have suffered, or you were angry for someone else's sake, never admitting the violence in your temperament. Or you admit that sometimes you tend to get angry though you are aware that it is a mistake. You somehow manage to save the doer and blame the action. You admit the wrongness of the act, but never of the person behind it.

Exactly that is your ego. Because of that ego you guard yourself against the genuine key, because as soon as the master key turns and the lock opens, the first thing to fall away is your ego. You become an insignificant nobody. Whatever you had earned and amassed suddenly proves to be meaningless rubbish. All this falls and the you with it. When the ego is annihilated, then you know that the key has worked; therefore, keep miles away from the key.

Rabindranath Tagore has written a beautiful poem. He says: "Since infinite births I have been seeking God. I do not know how many paths I have trodden, how many religious orders. God only knows how many doors I knocked on, how many gurus I served or how many yogas and penances I performed. One day, however, I ultimately succeeded in reaching His door. I used to get glimpses of Him, though; but that would be as near as some distant star. By the time I reached there, the star had long gone by.

"But today? Today I stand before his gate. I read the name outside -- it is His. I climb the steps so overjoyed that the destination is reached. I hold the knocker, I am about to knock, then....

"Then a fear catches hold of me! What if the door opens? What will I do then? And if I do meet God -- what then? What will I do next? Till now there was only one aim in life -- to attain God. Then there will be no more goal to work for. Till now there was only one obsession, one occupation -- it will all be destroyed! And what when I have met Him? Then there will be nothing left to do, no future to look forward to, no journey to undertake -- nothing for the ego to work on.

"Fear made me tremble. I quietly put the knocker down. So gently did I let it go for fear lest a slight jerk may cause a sound and the door might open! Then I removed my shoes so that I could go down the steps noiselessly. Then I ran! I ran for my very life, so to say, and never even looked back once!"

In the last verse the poet says: "I am still searching for Him. You will find me searching for Him on different paths though I know full well where He abides. And yet I ask others where can I find Him?" And I know where he stays. I seek Him even now. Far away near the moon and the stars I catch a glimpse of Him. But now I am confident because I know He will have gone far, far away by the time I arrive. Now I seek Him in all places save one -- where He abides; and I never go anywhere near it. I guard myself... only from Him!"

This poem is a very significant statement, and it describes exactly your condition. Do not ever say you don't know where God is. He is everywhere; then how can you not know where He is? Do not ever say the lock is closed and you don't know about the key, because the key has been given to you a thousand times, but you always forget where you kept it. You leave it somewhere; your unconscious self tries to run away from it. Until your doubts are cleared away you will be seeking Him on one hand and losing Him on the other. You will be raising one foot to step in His direction and the other in the opposite direction.

You keep alive the myth that you are a seeker, because it satisfies you and appeases your conscience. It gives you a sense of importance to feel that you are not an ordinary base person who seeks wealth or position. You feel yourself above them because you seek God, truth, religion. While others are involved in lesser things, you have opted for the vast universal existence.

So you keep claiming that you are seeking Him, while secretly from within you are trying to escape Him. Unless you understand and confront this duality within you, you will never be able to seek Him. 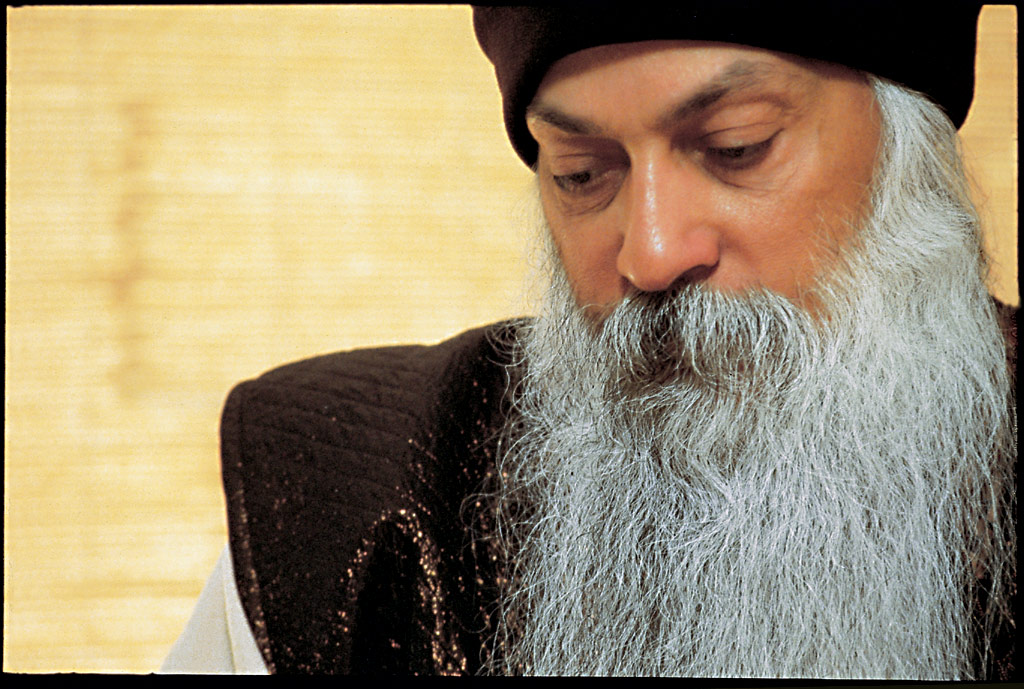