The relationship of the Ankh Symbol, created in Ancient Egypt many thousands of years ago, and its relationship to Enhanced Cosmic and Earth Energies.

Its Relationship to the ancient Masonic Phrase "Squaring the Circle".

Its Relationship with the Ancient and Effective Energy Enhancement Techniques!!

The Ankh, ancient symbol of Egyptian times, is updated in the symbol of the Sword in the Stone.

The   Stone, the Circle, symbolises the Earth itself.

This perpendicular is a line of energy, originating in the center of the earth, and travelling outwards towards the Energy at the Center of the Universe.

This is Kundalini Energy and it brings genius and great change and Evolution to thjose who put themselves into alignment with it.

Whereas the Sword in the Stone shows a cross or sword whose tip is plunged in to the surface of the Stone.

The cross guard is not only a Tangent at this time, but also the possibility of using other chakras to channel energy out into the world.

For example, the Christian Cross shows the Kundalini activated Heart of Christ, where the bars cross, spreading Universal Love, The Blood of Christ, Out onto this Planet from "our Father" in the center of the Universe

Energy Enhancement Meditation and The Squaring of the Circle

The Squaring of the Circle is an ancient Masonic phrase whose meaning, hidden, is seen, once one understands a little about meditation. It means that which is always square, at 90 degrees, to the earth, again symbolised by a circle. Why has 90 degrees always been called "The Right Angle?" Why does the word angle resemble Angel? 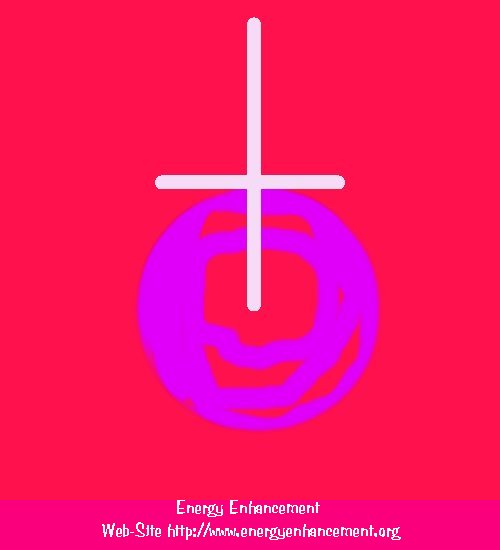 When it comes out of the surface of the Earth it is always at "Right Angles", square to the surface. "Squaring the Circle" is a verbal representation of the Ankh symbol. Since most of the lore of the Masons was passed down from the symbolism of Egyptian times, is it strange that the symbol of the Ankh should be used?

THAT WHICH IS ALWAYS AT RIGHT ANGLES (The Right Angle), TO THE EARTH IS THE HUMAN SPINE IN MEDITATION.

And that which is constantly in alignment with this energy and channeling this energy to a maximum is the Enlightened being.

This is the "Key" of the Sufi Naqsbandhi which unlocks the door of Enlightenment.

The Celtic or Iona Cross

Here the Celtic and Iona Crosses which are major symbols from the rebellious Irish Bishops from the land of the Saints who created such bother for many Popes.

The effort put into repressing such information worked because no-one knows (except you, now) that these crosses represent, where they cross, the Kundalini energies available in the very center of the Earth. We are truly a part of the Universe and Enlightenment itself is the connection with external sources of Energy.

Goethe said "Connect, only connect!" The circle is the Earth itself. The cross staff coming out of the earth is the Antakarana which connects heaven and earth (The Squaring of the Circle) from base chakra to crown chakra and then to the Soul and the Monad.

Knowledge of these energies could and does free people in mind and body and spirit.

Why has Christianity suppressed this knowledge for so long?

Or read more below:- 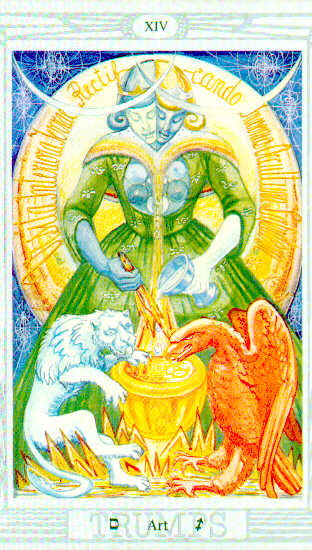 sentence in the background of the picture)

English Tranlation of Vitriol, - the Secret Of the Philosophers Stone is Given in the Book of Energy Enhancement.

Art is one of the Trump cards of the Tarot and is one of the highest achievements of alchemy which is to transmute the negative energies held in the lower chakras or sent to us, into positive energy to feed our evolution, as fuel for our evolution. TO DRAIN THE LAST DREGS OF OUR VITRIOL, OF OUR PAIN, OUR BILE, OUR ANGER.

This is the secret of, use and virtue of, "The Philosophers Stone" - That which transmutes Base metal into Gold. That which transmutes the Negative Energies, stuck and blocked in the Base Chakra into pure clear spiritual energies - the gold of the Sahasrara Chakra. The Secret of the Golden Flower of Jung.

Many people, i.e. ‘Alchemists’, tried to find this physically. They did not realise that the formula refers to a guided meditation to transmute negative energies into positive energies.

The Art card shows the change of the white eagle into red, the red lion into white, the lovers are now fused, integrated into an androgyne figure. A multicoloured rainbow rises out of putrefaction, the putrefaction of stuck and negative fears, pain, emotions and energies held in the lower triangle chakras in the human being. In you. The raven perched on a skull in the cauldron.

When energies do not flow then they putrefy. A rainbow is created when they are made to flow by the visualisation, and we are taught how to transmute, to change, negativity into positivity.

We learn how to use our negative energies as fuel for our evolution by means of VITRIOL as well as other techniques in the First Level of the Three Levels of Energy Enhancement.

This is the formula for the Philosophers Stone which all alchemists spent their lives searching for. It has the virtue of transforming and transmuting base metal, negative energies in the Base Chakra, into gold.

To transform negativity, pain, sadness, manicism, seeking sympathy, depression, anger and fear into higher, purer energy. To purify the base chakra and transform its energies into those of light. Not Into the metal  Gold Whose Latin Name is Aurum, But Spiritual Gold which resides in the AURA!!

The real Alchemists said the false alchemists were looking for "Fools Gold", the Metal Gold!!

Usually problems arise in an unbalanced awakening of the Kundalini energies when impurities still reside in the system. However, when these impurities are removed by the wonderful system of Energy Enhancement, the Kundalini serpent power starts slowly to manifest in its safe and beautiful way. Transmuting and transforming the negativities of each chakra in turn as the energy rises up the spine towards the Crown chakra on top of the head. The golden flower, the thousand petalled lotus, Sahasrara Chakra.

When this happens we know our true immortality as we pass from body to body along the eons for thousands of years. This teaching is available in the Levels of Energy Enhancement.

The Fifth labour of Hercules.

Another Exerpt from the E-Book of Energy Enhancement-

In the past, psychologists have only worked on one painful experience at a time by providing a meaningful theory by Freud or Jung and then examining the problem. Through understanding the problem, it is released and the client adjusted back into society in his proper place. He may still be neurotic because only one problem has been solved.

The same with ancient lives. We may travel back to, see and fix one life problem in one of our past lives, but what about the other thousands of life-times, each with their own traumas, deaths and problems.

Energy Enhancement Techniques teaches how to remove All of the traumas, deaths and problems as simple negative energy. You do not have to see the problems. They are simply grounded as Negative energy. Learn how to simply, "Ground the last dregs of your VITRIOL!"

The Death of the Angry Violator Strategy!!

There is an ancient Greek myth about Hercules, (a Son of God, Zeus), wanting to marry Persephone the Daughter of the King of the underworld. The Crown Chakra wanting to combine with the Base Chakra. Shiva combining with Shakti. A Human Being becoming Enlightened.

He needed to ask her father's permission. When he did, her father was pleased to marry his daughter to the Son of (God) Zeus, but first he must perform 12 tasks. The 12 labours of Hercules. 12 Guided meditations to enable your enlightenment!!.

The fifth task was to clean out the Kings stables - The Augean stables. Hercules said, "No Problem," but when he saw the stables, he realised what a mountainous task he had taken on. There were thousands of horses and they had been creating manure for hundreds of years. Just like we, ourselves, create and absorb pain and Karma over thousands of lifetimes.

At first, he tried to dig the manure, examining every turd. Just like the psychologists and past life therapists of today. But after one month he had got nowhere. He had only cleared a small hole in a mountain of shit.

After much thought, he then projected to change the course of the river Styx, the river we cross when we die, through the stables. When he did this, the stables were quickly cleaned as the river washed all the manure away.

Deep Rivers of Energy lie hidden deep within us. As we learn to access and then to use them. So, All our History. All our pain can be dissipated and washed away

In the same manner, our first Level of Energy Enhancement teaches basic methods whereby the mountains of manure within us can be removed, painlessly, without examining every turd. The whole mountain can gradually be moved and our History painting which has been painted brushful by brushful, day by day, can be returned to the clean white sheet we were when we were born.

We are full of a lot of History not only from this life, but also from previous lives. Our Energy Enhancement can truly remove this Personal History so that all painful memories can be dissipated and our energies can then start to flow in their natural courses, once again.

It is not enough to pick up one piece of shit and examine it and say "Ah yes, this was the pain I absorbed when my father died. Or in that lifetime when I continued on such a stupid path."

We need to be able to digest, transmute it all!