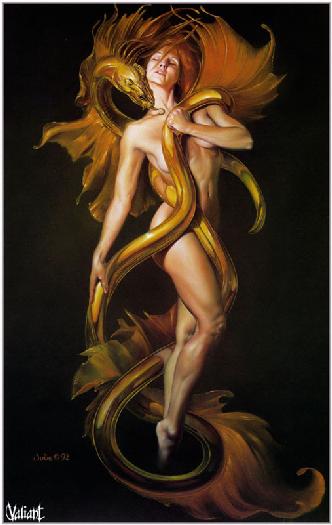 One of our students came from England to Argentina yesterday to stay with us for a few months after having taken the Energy Enhancement Course a few years ago in 2005 and visited us in Spain and Argentina for 2 weeks since. Now its 2009 and on the way our student met up with Melina who had been traveling in Europe on a grant as an English teacher and was returning home on the same flight and bus as our student. They got on well on the bus and our student was gung ho to talk to her when he went out on the town.

I advised restraint and gave him the task of grounding his connector sub-personality in meditations over his first few days with us, in the knowledge that his present initiation which he was going through was the Mastery of Relationships due to work in meditation we had done together previously.

So, every day he would come to me and ask whether he could go to see Melina and the knowledge grew within me that this was due to a blockage, because in general, blockages do not want to go. They do not want students to remain on the course. They want to get the student away from the ashram and will use any excuse to do this.

So, working 3 or 4 hours a day in meditation, gradually the energy of our student grew and he became better able to see his own reality.

So, today he started off contacting the center of the earth to raise his energies prior to removing blockages and he mentioned that I was there with him and that I indicated in a chakra beneath the base chakra that he enter into a globule filled with energy. And when he entered into the globule he had the same experience as suddenly burning the hair off the back of his hands. A certain frisson. And he felt that the energy of the globule had shot like a wind up from the chakra beneath the Kundalini chakra in the center of the earth and energised his spiritual bodies "Like a squib firecracker which has not entirely gone off, but which produced an energy like a spider plant, exploding in any chakra I directed it to"

And whilst he was looking at his spiritual body he had noticed a black snake, which always is a sexual implant and he started the seven step process on it. And he saw the connection of the snake with this girl called Melina. He travelled down the connection and in her abdomen he noticed something which he knew to be the shape of a snake basket, like the shape of the net covering the thousand year old Omphallus Stone from the book, "Super Energy and Sacred Symbols" found at Temple at Delphi in Greece, symbolising Kundalini Snake energy for the Pythoness Priests at Delphi who foretold the future.

The net, snake basket, covering the Omphallus in the shape of the Shivalingam which represents the Antahkarana connection between heaven and earth, means that the snake-basket has been created to vampirise the energy of the person connected to the energies of the divine and turn them from their spiritual path.

The Snake-Basket is a psychic implant filled with black squirming energies which when implanted into another person becomes a sexual virus which makes sex important to the person implanted. The stimulation of the squirming snakes of the implant in the base chakra and other smaller chakras connected to the sexual organs is triggered when an energy connection (See Level 4 of Energy Enhancement, the Mastery of Relationships) from another person connects in to the Base Sexual Chakra. If the other person also has a snake basket implant, then the stimulation is doubled and sexual attraction is certain.

Several black snakes were squirming around in this basket in Melina showing that she was implanted from the dark side, and that her function, given by her dark master was to implant others and distract them from their path.

So, our student performed the Seven step process on the snakes and cut them up. Then he saw me this time I was stirring a cauldron filled with white light. And he put the cut up snakes into the cauldron and the snakes disssolved - phut!

Only by genuine spiritual experience can we see the reality of our lives on this planet.

Lilith, the original "Vamp" or Vampiress, is the Witch, the Succubus, the Scarlet Woman Sexual Priestess of Babalon with red hair representing Sexual Magic and seduction. Witches are sent by Warlocks to seduce Luke Skywalkers and other paduans to the dark Side by promising them Knowledge and Immortality. These promises are always broken by the Dark Emperor leaders instead the unwary paduans are implanted and enslaved for a hundred lifetimes.   - By Sir John Collier 1895

MORE ON THE SUCCUBUS, LILITH, HERE!

First you learn how to identify where you have blockages and second you learn how to dissolve them. It takes energy to do this and usually it takes our students a couple of days to gain sufficient energy from our Buddhafield to spiritually see anything.

The Connector Sub-Personality connects to form a relationship. To have sex. To get married. Usually it is a little childish and falls for the biggest idiots.

And then the childish Connector Sub-Personality gets upset at the least offense and stops the connection. And we then cannot form any sexual  connection ever again and the relationship breaks up in acrimony and divorce.

The cherished little old lady who exists at the heart of many families until she dies has learnt to connect and take her tithe from every member of the family over many lifetimes.

The solution of course is to learn that we do not need to take energy ever again from the people around us by connecting with a source of energy from the chakras above our heads which can never fail every day in meditation using Energy Enhancement Initiation Four.

But even this is not enough. To take back our power of connection, we need to purify the Connector Sub-Personality and then integrate the Connector with our Soul as taught in Energy Enhancement Level 3, the Purification of Talents.

Only then can we regain the power of connection so that we can decide to connect and to disconnect, when we want to. The Connector Sub-Personality can never decide for us again.

Who is in charge?

MORE ABOUT THE STRATEGIES OF THE VAMPIRE - CLICK HERE!

The Omphalos and the Om Phallus stone from Delphi, and the energy blockage implant in the form of a container of black squirming snakes trapped in a snake basket